Longing for the Autumn and the artichoke season 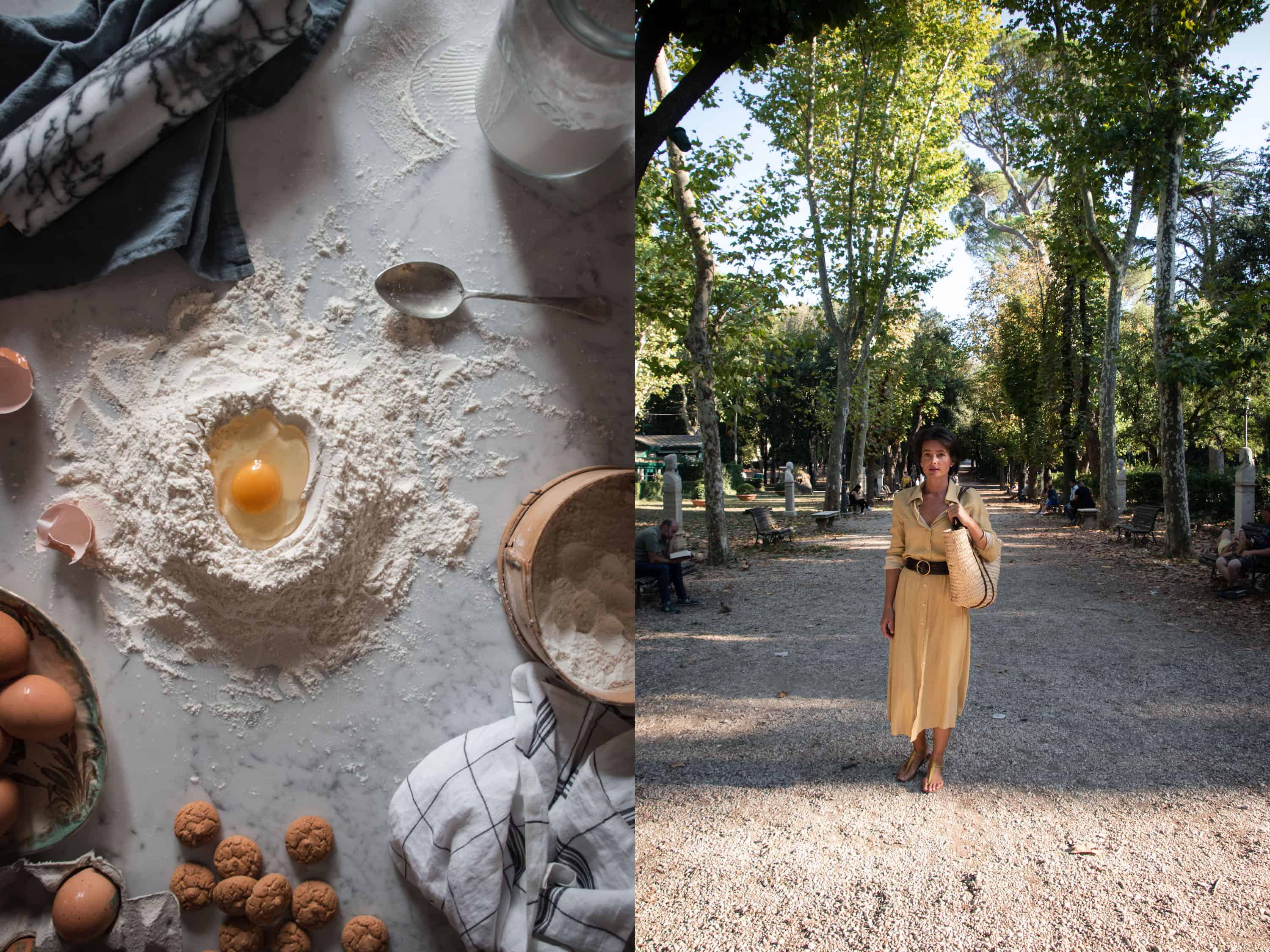 October is a funny month in Rome. It plays its jokes since the early hours of the day and doesn’t seem to stop.

Mornings in particular take me by surprise. All of the sudden after having left the apartment and closed the front door I stop and start to fight with my thoughts. The thoughts being signals and a reaction of my body to my fairly inadequate attire for the big and sudden dip in temperature.

I donât always make a u-turn to go back for a light jacket (that after a long Summer I have probably forgotten where to even find) or a sweater to cover myself. It just feels odd with the clear blue skies.

It is also a strange feeling to start wearing closed shoes, not to mention socks. Weeks and weeks of being spoiled by wearing just sandals have come to an end and the first days of facing wearing proper shoes seem like a struggle. But then, like with everything, one gets used to it and of course to the changing weather seasons.

I must admit that I was looking forward to Autumn this year, for the temperatures to become gentler and pleasant again (the summer this year was incredibly hot in Rome).

Deep inside I was already longing for proper comfort food, for a creamy and rich soup with pasta or spelt, pasta tossed with a rich pecorino sauce, meat stews or what have you. I was particularly missing cosy afternoons spent sipping tea and indulging in autumnal tarts. I think tarts and simple cakes with an emphasis on just a few ingredients are our favourite kind of pudding. I just couldnât wait to start using sweetened chestnut cream (you can buy it all ready prepared for you in a jar or you may want to spend some rewarding time and make it from scratch), walnuts, chestnut flower, hazelnuts that I tend to bring from the Langhe region of Piedmont, pears and the last of the plums. Sadly figs disappeared with the first heavy rain (and much needed) after August. As a result I didnât manage to bake a lot with figs this season. Instead we had them fresh either with cheese or in a fruit salad which was the most sensible thing to do given the summer temperatures. There will always be next year and something to look forward to.

Speaking about something to look forward to. There are two restaurants in the Testaccio area of Rome that I was impatiently waiting to visit.

One of the first October Sunday lunches I booked us a table at Trattoria Perilli. It is a very well frequented place but mainly by the locals. It was for the first time in Rome where we found ourselves the only foreigners in the restaurant at a given time. I am not trying to say that you will always find that kind of crowd over there, but certainly on most occasions. Maybe it has something to do with the reservation system, my calls never being answered despite numerous attempts. I would advise to book especially for certain days of the week, if you can. The place is known for itâs very traditional Roman food and I was recommended it for itâs lâamatriciana, the DÃ¨gustateurâs favourite. During one of those days when he was away I thought I would arrange a lovely surprise for him. I decided to walk and book a table in person. I didnât feel angry or disappointed not being able to make the reservation over the phone. I love walking and I donât take public transport in Rome. It doesnât work as badly as is rumoured, at least if we are having the tube in mind.

I had a wonderful early afternoon quiet and peaceful stroll along the river. The water hadn’t looked better in a long while. Dramatic contrast of the blue skye, the lime tree leaves slowly turning yellow and the sun hiding every few minutes made my walking experience as if I was falling in love in Rome (again).

The following Sunday it was the tonnarelli a cacio e pepe turn, my favourite. Since the lunch was already fully booked (as I was politely informed over the phone) we took our chances and turned up for the opening of its evening shift. We were very lucky and so happy. It takes almost one hour by foot to get there therefore you can imagine why we were so excited.This restaurant is particularly famous (very much so among tourist as well) for its cacio e pepe pasta (cheese and pepper pasta). It sounds very simple, perhaps even too simple but it is like no other. The secret is in the sauce, its consistency and the choice of pecorino cheese.

I absolutely love the theatre of having the tonnarelli stirred with grated cheese right in front of me. I am always amazed how hot the pasta remains after all that stirring and building up of the sauce. Well, that is the secret of Felice a Testaccio and I believe it is best if it stays that way. Whilst writing this post I am already thinking when to go back there next. The correct answer is as soon as possible. I feel so greedy.

There is also this lovely unassuming artisan ice cream place in Testaccio that we stop at after our scrumptious meals. We enjoy our ice cream while slowly making our way back home. The DÃ¨gustateur likes it so much that under the pretext of going back to those restaurants he is actually craving for that ice cream. I donât blame him, it is exquisite. There are just a few flavours to choose from, the display is minimal and the containers are all covered up to maintain the right temperature. Exactly how it should be. I am saddened at times seeing tourist queuing and getting big gelato portions at places where the vast choice of extravagantly and unnaturally coloured ice-cream is on the display all day long. That feeling is particularly strong when a proper gelateria is almost next to it. The following is so true and still valid (maybe even more these days) âdonât judge a book by its coverâ.

My Italian tutor Diana has recently recommended a Tuscan restaurant to me just off Di Trevi Fountain. She was quite wary when referring to it. The reason being is the very common misconception and belief that all the restaurants, trattorias, coffee bars and so on right next to major tourist spots must be bad. Bad because they just donât have to try hard, they will always have enough crowds passing by, tend to use inferior ingredients not to mention about precision and execution of a dish. In most of the cases it is true. But there are historic places however, that are still maintaining their standards, are known for good and honest food that the Romans are dining at. With time you learn and just know where to go and it has been such fun exploring Rome for us.

We loved our Tuscan meal. Every course we had was exceptional. It was the first time that I had tried a beef filet with an apple and cinnamon puree with more baked apples to accompany it. What an autumnal meal we had. The DÃ¨gustateurâs pumpkin cream soup with burnt garlic, cavolo nero cabbage and crispy bacon was a pure work of art. I make a similar pumpkin soup at home. It is with chestnuts and crispy bacon on top as well. When I buy a pumpkin I have to think of making a few meals out of it. This vegetable of varied different shapes is so generous and giving.

One of my favourite fillings for pasta parcels is pumpkin, amaretti and mostarta. It is something of a real treat, not Roman at all. I either prepare them myself or I can find them not too far from home, just off Piazza Barberini. 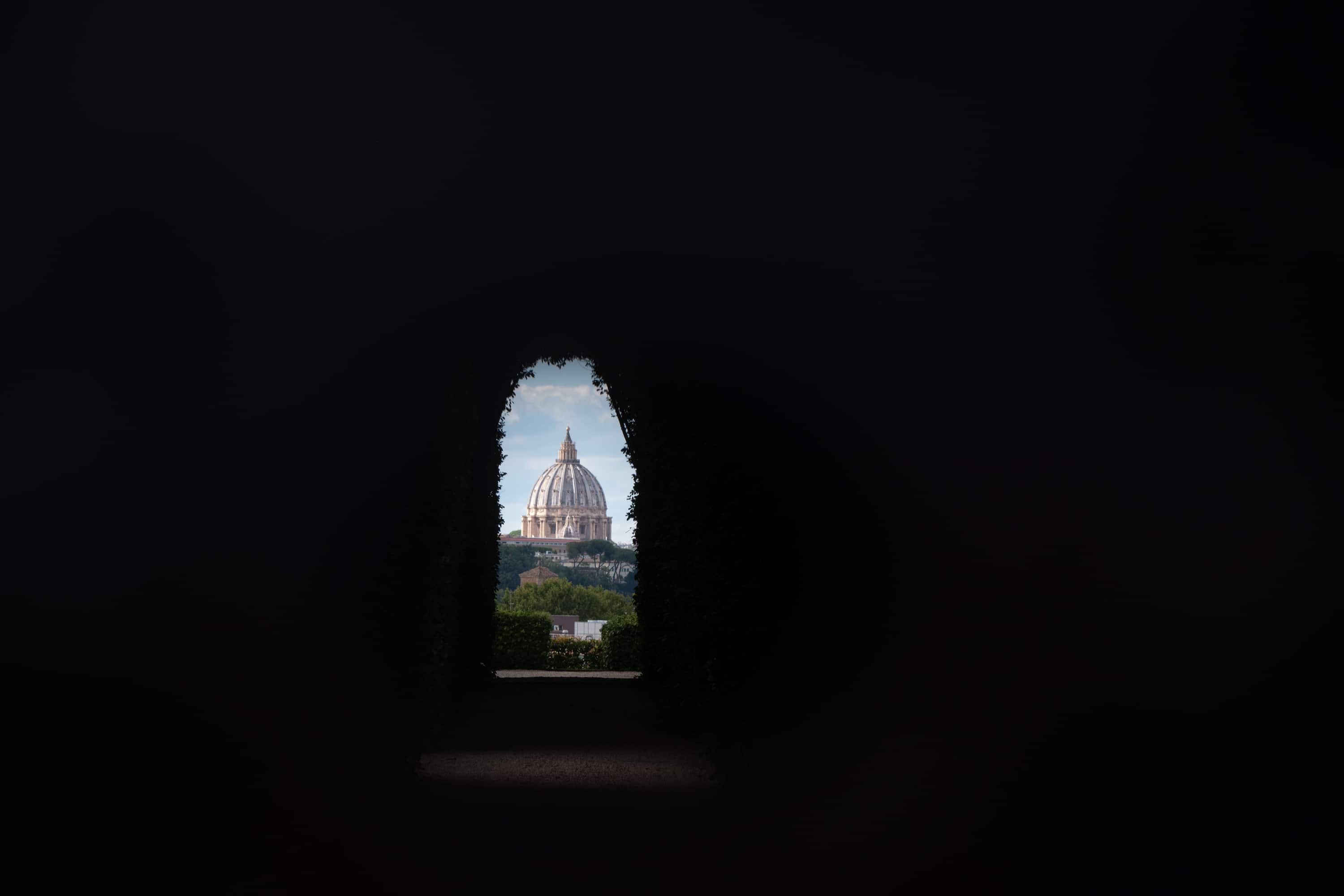 Once Iâve mastered the art of making risotto I am no longer shy and reach out for new flavour combinations. Pumpkin and cinnamon is a match made in heaven and it was in Venice some time ago where I had this heavenly comforting pumpkin risotto finished with a few pinches of cinnamon for the first time. Iâd say a must try for those who donât know it yet.

Now since the Autumn has arrived the DÃ¨gustateur being English feels like having a roast chicken for a Sunday lunch and I happily make it for him. Personally I find cooking with just chicken legs more rewarding and subsequently resulting in richer and more complex flavours. On that note a couple of weeks ago I made a chicken fricassee with mustard, vinegar and thyme. Served it with a cauliflower purÃ¨e, cooked cannellini beans with bacon and roast potatoes for an extra crunch. Proper comfort food that we all love.

October in Rome has still been spoiling us with temperatures in the mid 20âs C. It feels âtoo earlyâ for my scrumptious beef bourguignon but I can already feel that the ârightâ days are arriving.

Usually at this time of year we head to Piedmont to enjoy copious amounts of porcini mushrooms and more modest amounts of truffles. Due to bad weather conditions with great sadness we decided to cancel our trip. I have been feeling very nostalgic and longing for the produce of Piedmont and its overwhelming flavours. As a consequence we devoured home made sweet specialities of that region like bonÃ¨t, panna cotta, hazelnut and chestnut tart or baci di dama, which are two hazelnut biscuits joined together with a layer of chocolate. One of best possible combinations on earth. Baking and cooking with hazelnuts (from the Langhe) always seems rather extravagant but once you start treating yourself to theses particular gems you will never want to stop.

Italian desserts are not particularly showy like their French counterparts. They focus on one or two ingredients playing the main part. One of these examples is a walnut and caramel (you can make a salted caramel too which is divine) tart. So simple yet so rewarding. Serve it with a dollop of vanilla ice cream and you will be in heaven.

Autumn brings more delicious news. The artichoke. At the moment their season has not fully started yet and there are still a few more weeks to go in Lazio. However, I have already had a taste of them in the Roman restaurants in Testaccio. I couldnât wait any longer. They are somewhat of a real delicacy here and they were divine (restaurants always have a good supplier), exactly as I remembered them from the last time, way before summer. Carciofi alla Romana are not to be missed. Another way of preparing them in Rome is alla Gudia, of course best eaten in the Jewish Quarter itself. They are first cooked in olive oil and then fried in a separate pan. The leaves are meant to be crunchy and snapped one by one with your fingers while the artichoke heart stays soft and tender to be enjoyed at the very end.

There are so many dishes involving carciofi (artichokes) that I want to cook as soon as possible and share them with you here on Hai Mangiato: artichokes with prawns and pasta, or buttery artichoke risotto, veal meat balls with artichokes to begin with. The sea of ideas, like a well without a bottom that still has to wait to give its goodness.