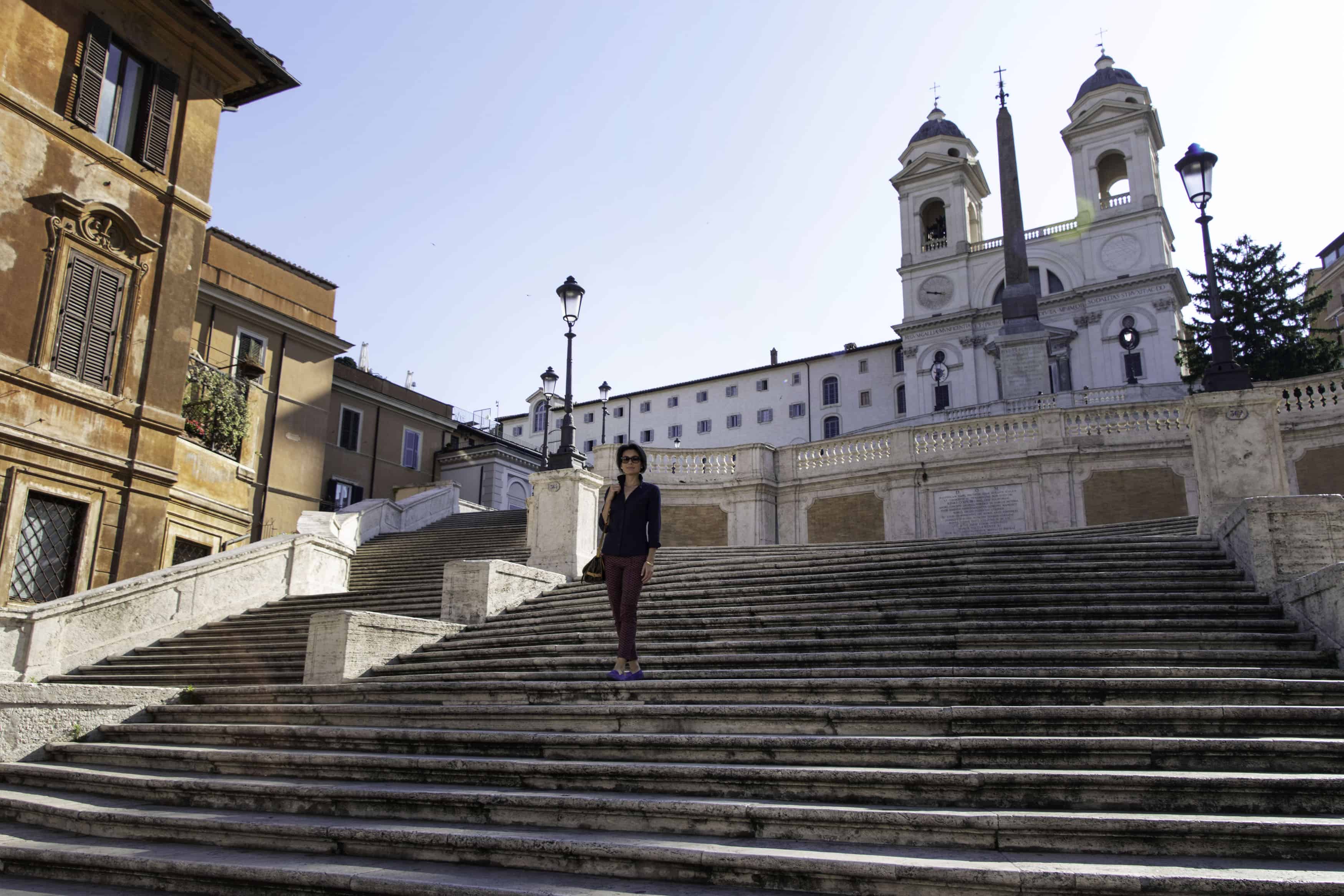 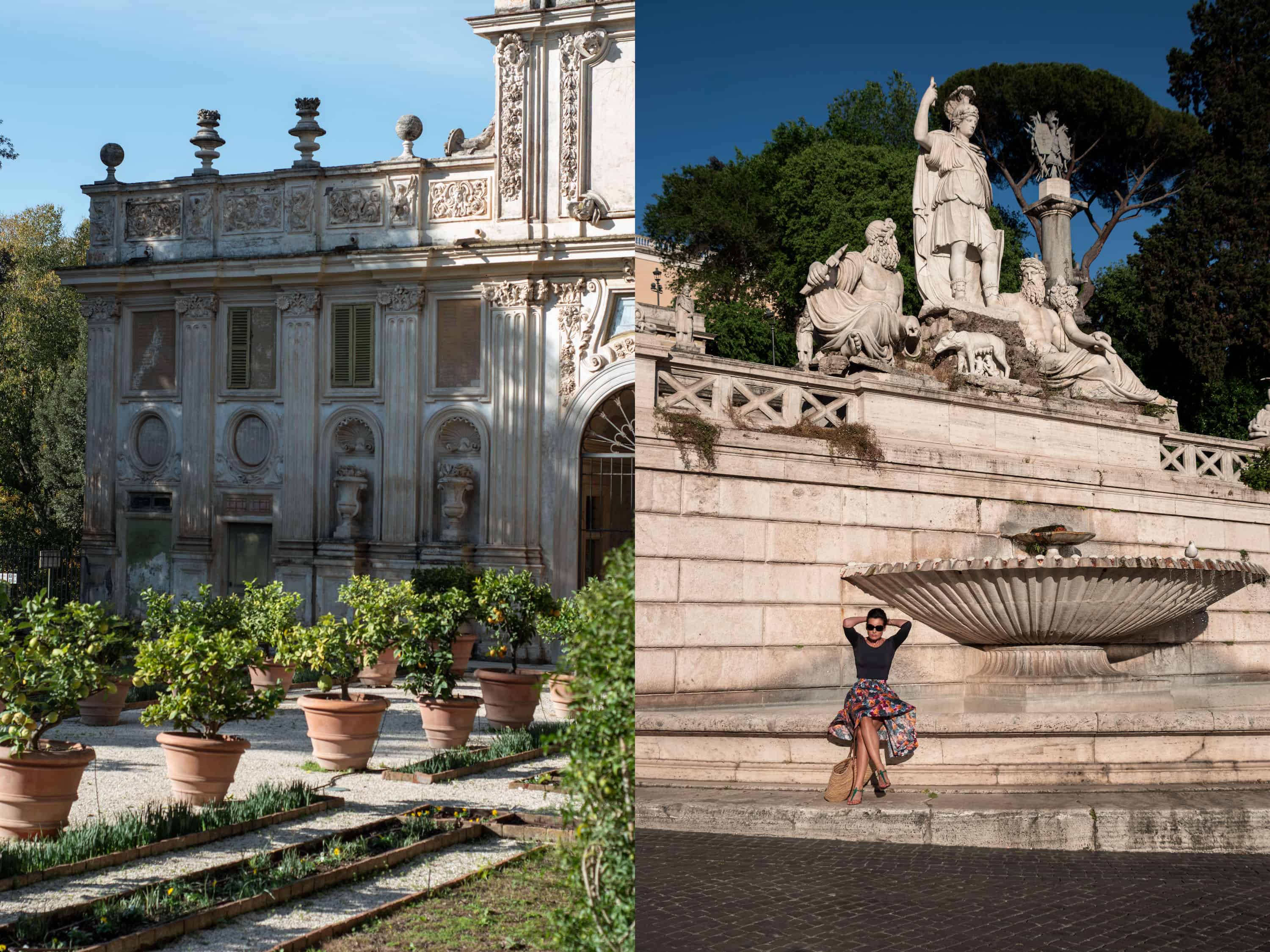 I haven’t been present here lately, and Iâve missed it. Recent weeks and months have been somewhat of a rollercoaster and an unexpected prolonged lack of a good internet connection has stopped me from posting here for a while (however Iâve tried to update my Instagram account when possible).

To begin with I thought Iâd share a few words on the beginning of the lockdown in Italy. The borders are open now but it is far from what it used to be. The emptiness from the tourists and chaos for some may seen an amazing sight and experience but for many it boarders with a great sadness.

We were booked for an early flight from Rome to London. The night before our flight, while I was waiting for my next âCommissario Montalbanoâ episode on TV, the speech of Prime Minister Giuseppe Conte was shown. From that moment the whole of Italy became âthe red zoneâ (initially it was only Lombardy). Subsequently our flight was cancelled and we received a message from the airline a few hours before the scheduled departure.

After a few moments of digesting the information we started cancelling all the meetings, appointments and what have you that we were supposed to have in London. Since nothing could be done, I went for a run to Villa Borghese Gardens, the last one before all the parks were ordered to be closed too. Needless to say that the gyms closed just after that, as well as restaurants (which were already only allowed lunch service) and practically every other businesses going.
After my morning run we decided to treat ourselves to a last unforgettable lunch, just in time before the proper lockdown.

We walked from our home just off Piazza del Popolo towards Testaccio, to have the best âcacio e pepe â and lamb in town at âFelice a Testaccioâ. I never order a half portion of âcacio e pepeâ there, it is simply too good. Plus, the one hour walk each way helps me not to feel sorry about the very generous portion of the tonnarelli pasta in a peppery and Pecorino cheese sauce.
Very often we used to walk to the Testaccio Quarter of Rome along the Tiber river, which in spring is a very pleasant stroll under dappled shading of all the tree leaves turning vibrant green. Aventine Hill however, has become our latest obsession and the route of choice to Testaccio.

This very elegant hill of Rome is one of the sweetest, cosiest and quietest corners of the city. There is no shade of a shop. Just the most stunning residential villas. Moreover, The Orange Garden boasts one of the most beautiful views over Rome, particularly romantic at sunset. During day time we have almost always stumbled upon a grazing domesticated and most photographed pig in that garden.

The Aventine Hill is where you would normally stay patiently in line in order to rest your eye on the door of the Villa del Priorate di Malta with the famous key hole, through which you can marvel at the splendid perspective of the San Pietro dome appearing along the alley of the Giardini dellâOrdine. No queues this time, just us. On the way back from our generous and delectable lunch there was a carabinieri car parked near that point already ready to enforce the lockdown.

Another jewel of the hill is The Rose Garden which is most pleasing to walk around in April when the flowers are blooming. Sadly, this time of year we were already in the period of the full lockdown in Italy.

From the early days of March until the 4th of May we had the 200m rule to obey, which basically meant shopping at your nearest shops, markets and pharmacies. Only farther movements for work, health or other absolute needs were allowed. The police presence was very prominent. You could be asked at any time for your documents and the auto certification, a signed form explaining why, where and from where you were going to. And believe me, it wasnât the nicest experience being stopped and not having these documents on you.

The tourism crowd had already eased a week or so prior to the lockdown by 70%.
We took an advantage of that peaceful time in Rome and we revisited The Palantine Hill and Vatican museums on two separate days. We left the apartment fairly early in the morning and just enjoyed the walk as well as no ticket queues, as you can imagine. We actually had some of the most fabulous and atmospheric days in Rome. A truly unforgettable experience. And also to be able to rest your legs and peacefully enjoy a cold beer in the (normally bustling) enduring Peroni brewery near Di Trevi Fountain on our way back. 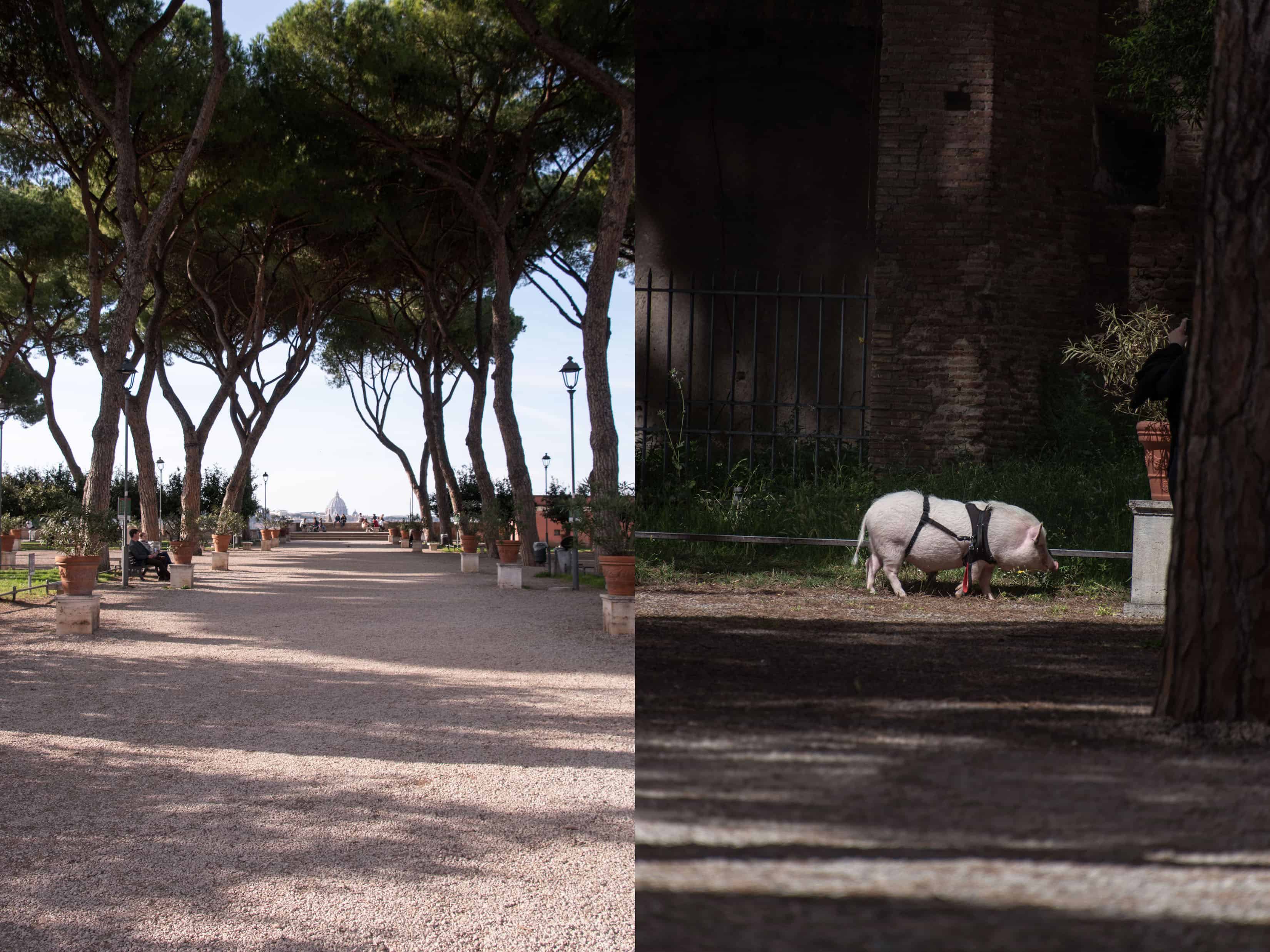 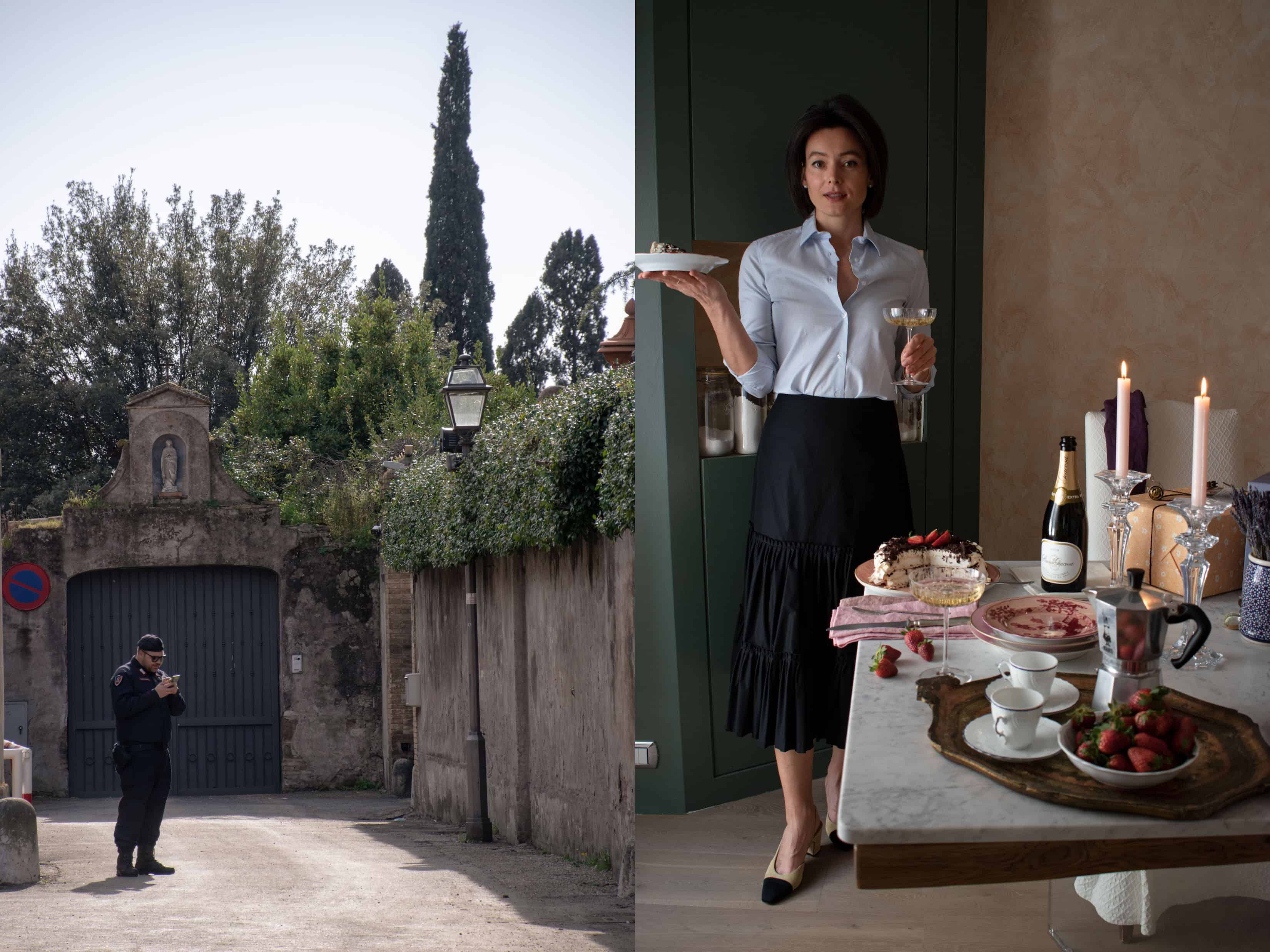 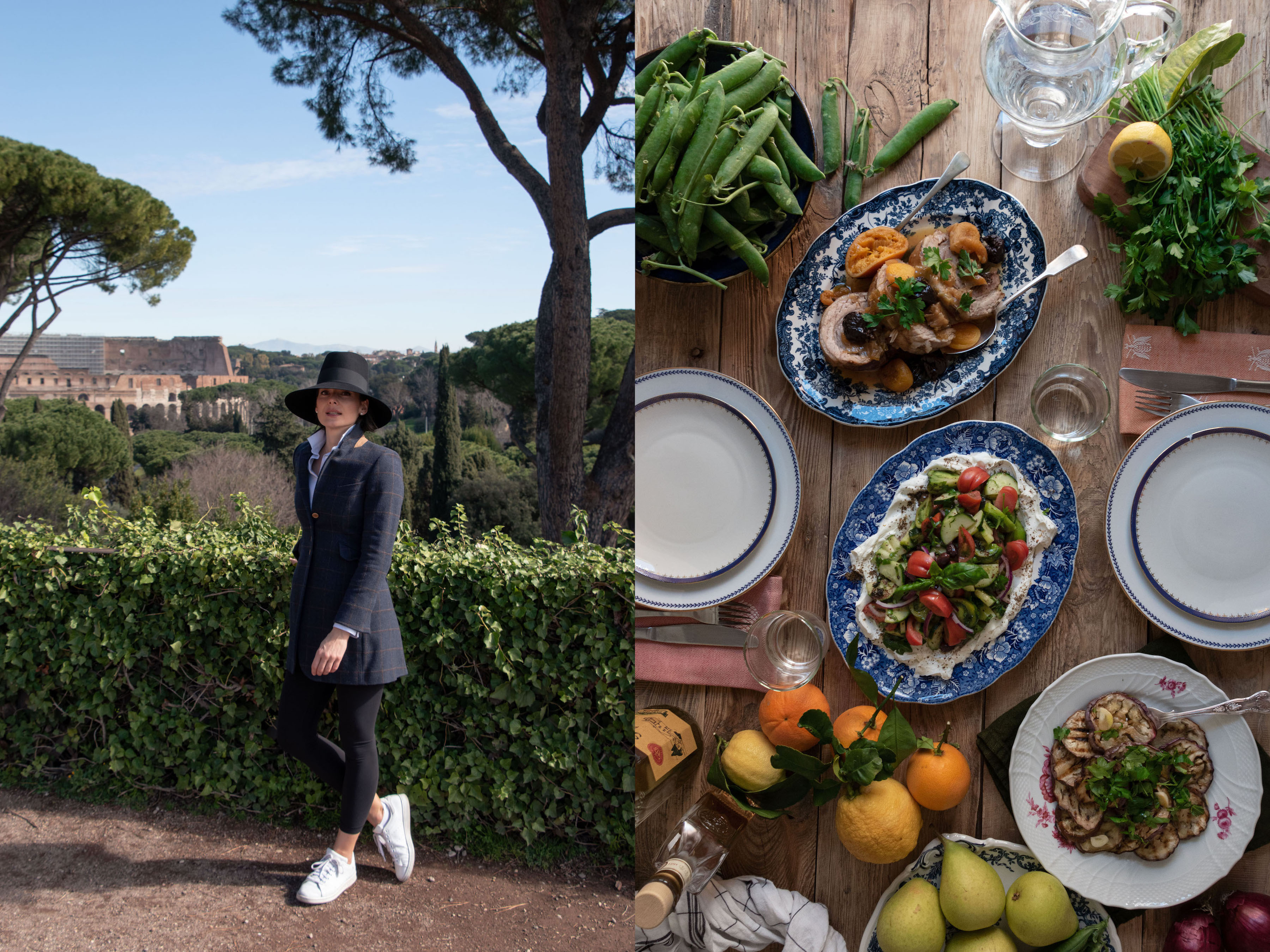 During the most strict lockdown period we did our grocery shopping daily or almost daily. The need of a breath of fresh air and the contact with other human beings, in this case with all our food vendors, was stronger than the very convenient and free of charge home delivery service. It was very funny to see that during the first week of the lockdown there were no queues outside âmyâ butcherâs for example. Most customers were placing orders for home deliveries. One week under the way and the 20-30 min long lines of shoppers started to appear. The preference of personal shopping and an excuse to go out was already stronger for many more.

I was really amazed how well the food chain industry was handled during such a difficult and uncertain period. We didnât experience any bulk shopping or running out of produce on the shelves. Perhaps once I noticed the shortage of 00 flour and it seemed like almost everybody with the time on their hands (or not) turned into a home bread baker. Fresh yeast was impossible to get, but it wasnât far off from the normality anyway. No, I didnât bake my own bread. I supported daily my favourite forno in Rome Roscioli, plus, I just love going there anyway.
I alternated many home cooked meals with the pre-made meals from my trusted place, which never disappoints.

I decided to use this time of staying at home as a possibility to try and test some new recipes or those, that I had always wanted to make, like: vitello tonnato for example, or to perfect the tarte tatin that weâve become obsessed with. We also had potato gnocchi with cinnamon and sugar as they make them in Veneto, thin pork slices baked with spinach and walnuts, Sardinian semolina gnocchi and spiced sausage ragÃ¹ , Sicilian veal rolls, tonnarelli cacio e pepe, beef tartare and many more.